5 Negative Habits That Could Be Affecting Your Trading 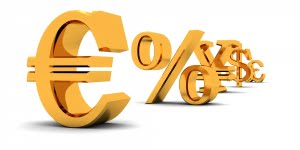 Successful traders constantly strive to improve themselves and will do whatever is required to extract more money from the markets.

Controlling our mindset is crucial if we are to grow as effective traders. This article looks at 5 negative habits that could be affecting your bottom line and gives suggestions on how to counteract them.

Trading can be very stressful and successful traders try to minimise the "live trade" decision making process in order to militate against bad judgement caused by the "heat of the moment". A common, and wise, saying is "plan the trade and trade the plan". It is a good idea to commit to a trading strategy and not deviate from this plan wherever possible.

Modify the plan only during times when you’re not trading live. Without pre-defined rules we are susceptible to making bad judgment calls which could ultimately have a negative effect on our account balance. Any rules are probably better than none as they can be fine tuned over time.

The trading plan discussed above can help on this front. Many traders have a rule to stop trading for the day after “X” losses in a row. The tendency is for us to want to win back any losses and this can cause us to enter sub optimal trades. A good trader enters trades when a series of events gives an edge, not when losses need to be gained back. Each trader should monitor their trade results and pay particular attention to how losses affect their subsequent trades. Only then can they optimise the approach to stopping for a fixed length of time after a string of losses

3. Not having a flexible approach.

Having a bias with regards to future market direction is not always the best approach. If the bias has been gained from detailed analysis by the trader and is accepted as valid until this analysis is proved wrong then there is a certain amount of merit in this approach. However, many traders will have a bias on trade direction after reading other peoples analysis and stick by this even in the face of a strong trend to the opposite direction.

A trader should find a system which suits their personality and trade it without being too concerned with analyst "chitter chatter". Some of the strongest moves come about when everybody is positioned in one direction and there is nobody left to buy/sell at the level.

The temptation is to add to a trade which has moved against us if we believe that the current price is still offering value. When adding to a trade it should be part of the overriding strategy as risk can then be defined accordingly. Novice traders will enter a full risk position and add additional size as price retraces. If a trader finds they are often correct in terms of market direction, but lousy when it comes to timing, a scaling in approach can be adopted. Scaling in as a strategy is not the same as randomly adding to losing trades.

Allow me to set the scene. A novice trader has just lost the previous two trades and is no longer confident in the strategy they are deploying. A sell trigger is seen on the chart and ignored. The market hits what would have been a 3:1 take profit and the trader is angry! The trader proceeds to enter short "chasing the market" just as the trend direction changes. This is probably more common than you would imagine and goes to show why chasing the market is an approach that novice traders in particular should avoid.

If you find yourself doing any of the above it may be worth taking some time away from the market and fine tuning your approach. The markets will always be there and preservation of capital while learning how to trade is of paramount importance.

Nick can be found writing at this Forex trading strategy and commentary site.